French, one of the most “sexy” languages in the world, a language that can bring you great benefits in your future. Whether it’s your career and academic opportunities or future trips to French-speaking countries, speaking and understanding French can make a difference. These are the 5 main advantages of learning French in France. Would you like to discover them?

Exercise your brain
Medical experts say that people who study languages tend to have neuronal aging much later than those who do not learn other languages. This is large because when learning a new language, the brain needs to build new neural pathways. A brain exercise that helps prevent and delay neurodegenerative diseases such as Alzheimer’s or dementia and improves our memory and cognitive skills.

In addition, some studies show that learning languages such as French improves our creative thinking. When we learn a foreign language like French, students exercise both rational and creative thinking, something that keeps our brain healthy.

These beneficial effects increase even more when we take an immersion course in French. Studying French in France will help you to be in permanent contact with the French language and will require continuous brain gymnastics. A healthy long-term investment while you add to your CV a second language as interesting as French.

Expand your job and educational opportunities
Regardless of whether you have not yet finished your studies or if you have already entered the job market, learning French can help you progress in your academic or professional future. Companies and educational centers (especially universities) increasingly value the fact that future workers or students speak at least a second language.

For example, if the company does business in a French-speaking country or has international political functions, French will add many points to your candidacy, as many organizations such as NATO, the United Nations or the International Olympic Committee have the French language as one of their official languages.

It is also interesting to learn French if you want to continue your education at a French university, some of the most reputable around the world. In order to study a university degree, a Master’s degree or a doctorate at a university such as the Sorbonne or the University of Montpellier, you must have a high level of French. That’s why some language schools have French courses for specific objectives so that you can successfully prepare for access to French universities.

Improve your level of English

Numerous international studies and research have shown that learning a second language improves mother tongue proficiency. This is possible because, by studying grammatical and linguistic rules, they also acquire greater proficiency using those of their own language.

If we also bear in mind that French and English have many linguistic links, this benefit is even more important than in the case of other languages. William the Conqueror, Duke of Normandy, not only conquered England in 1066 but also took with him on his journey an Anglo-Norman language, which introduced French into English territory.

An example of this idiomatic contamination from French to English are a large part of the words relating to Justice (legislation/legislation, judge/juge, court/cour), cooking (cuisine/cuisine, willow/sauce) or linguistic terms such as aristocracy/aristocratie or bureaucracy/bureaucratie, which are very similar in both languages.

Therefore, learning French in France will undoubtedly enrich your English vocabulary and improve your grammar skills.

You can travel around Europe
One of the great advantages of studying French in France is that you will have the opportunity to travel not only from the north to the south of the country but also throughout the rest of Europe. In addition to Paris, which has international flights that connect with much of the world, cities like Montpellier or Toulouse have direct flights to much of Europe, allowing you to travel without any problems throughout the continent and discover new European destinations with little budget thanks to low-cost airlines.

But knowing French can also turn your trips to French-speaking countries (France, Canada, Switzerland, and Monaco, but also many African countries) into really enjoyable experiences because it will allow you to communicate with other people in hotels, restaurants, shows, museums, tourist attractions and means of transport. It will also broaden your cultural horizons by reading classic French works by renowned authors such as Victor Hugo, Anatole, France, Molière, Albert Camus, Jean-Paul Sartre.

It will serve as a starting point for learning other languages.

As we have already mentioned, learn languages can be very useful when it comes to building a bright professional and educational future. Therefore, if you decide to learn another language in addition to studying French, you will be further increasing your path to success.

French can become your springboard for learning other languages, especially if you are an English speaker. You will notice that in a very short time you can achieve a good level of French (especially if you want to study it in France) and you are able to establish conversations in French.

With that confidence in your French skills and the basics of that language, it will be much easier for you to dare to incorporate a new language into your life, especially if you opt for Spanish, Italian, Portuguese or Romanian, which have a lot in common with French. Try an additional language and you’ll see that you don’t start from scratch.

These five reasons are just some of the many advantages of learning French in France, an interesting country with a lot to discover and an interesting language and culture that are well worth a visit. Bon voyage!

In the present day, the measurement of education is being constantly judged on the basis of marks secured. Anywhere and everywhere education is measured by marks a person has secured and not always on the level of learning the person may actually have. One of the important ways of improving upon marks received is by using essay writing as a dependable tool. In this respect, it is always a wise choice to receive this assistance from some of the well known essay writing experts. However, this then, comes down to choosing the right expert for your needs. A problem one might face, is selecting an essay writing expert who is well versed in different topics. Often, one can find an expert who is knowledgeable in a particular aspect and that means having to choose a few of the, to cater to your complete needs. In sharp contrast it would be just perfect to have an essay writing source that can cover all your subject needs as a one stop shop.

Another issue that commonly springs when it comes to selecting the appropriate essay writing expert is communication. There are hundreds of centers around the world that offer several academic services including essay writing. However, everyone may not have the ‘time’ to actually physically go to the center and discuss about the subject and your needs. In certain cases the ‘distance’ might also be an issue. Therefore, several online essay writing platforms have emerged that offer students the opportunity to book professional essay writing services from the comfort of their homes. Essaytwist.com/college-essay is a unique essay writing service that provides clients with 100% unique, and original essays written by credible experts. Fun fact is, you can hire there services from any part of the world, and will receive the essay within the pre-decided date.

The task of writing essays might seem easy, but in reality it is one of the most anxiety packed tasks. Composing original essays other than being intricate, has the superpower to take a toll on your calm. No copied stuff, writing beautifully, framing the topic, selecting the perfect medium of putting words on paper, and this and much more is required to craft a perfectly written essay. Professional writing services hire specialists to complete entire assignments. What is the bonus? These specialists other than being highly educated are all holders of Masters or PhD degrees. You can most certainly rely on such esteemed and well read personnel for crafting a perfectly written academic essay.

Are you a college newbie?

If you are a college newbie and have not completed your first essay writing project you might not recognize all the annoyance related to this task. What are exactly the shortcomings a regular or average student might face while composing essays? Brainstorming is the first task at hand, and basically the hardest task too. Even before you start putting words on paper you need to create an essay at least in your mind. You need to know about the things you’re going to write about, and the way you will describe your exact thoughts. There is nothing worse than the number of times you need to attempt initiating the project. Every time you think about putting words on paper, you will find something missing. Organizing, defining every point clearly, expressing your own view point, and honestly reviewing the paper and a lot more needs to be done. All these heterogeneous tasks can easily rob you off your calm, and unless you are a brilliant student you might not be able to cope with the magnitude of tasks at hand. 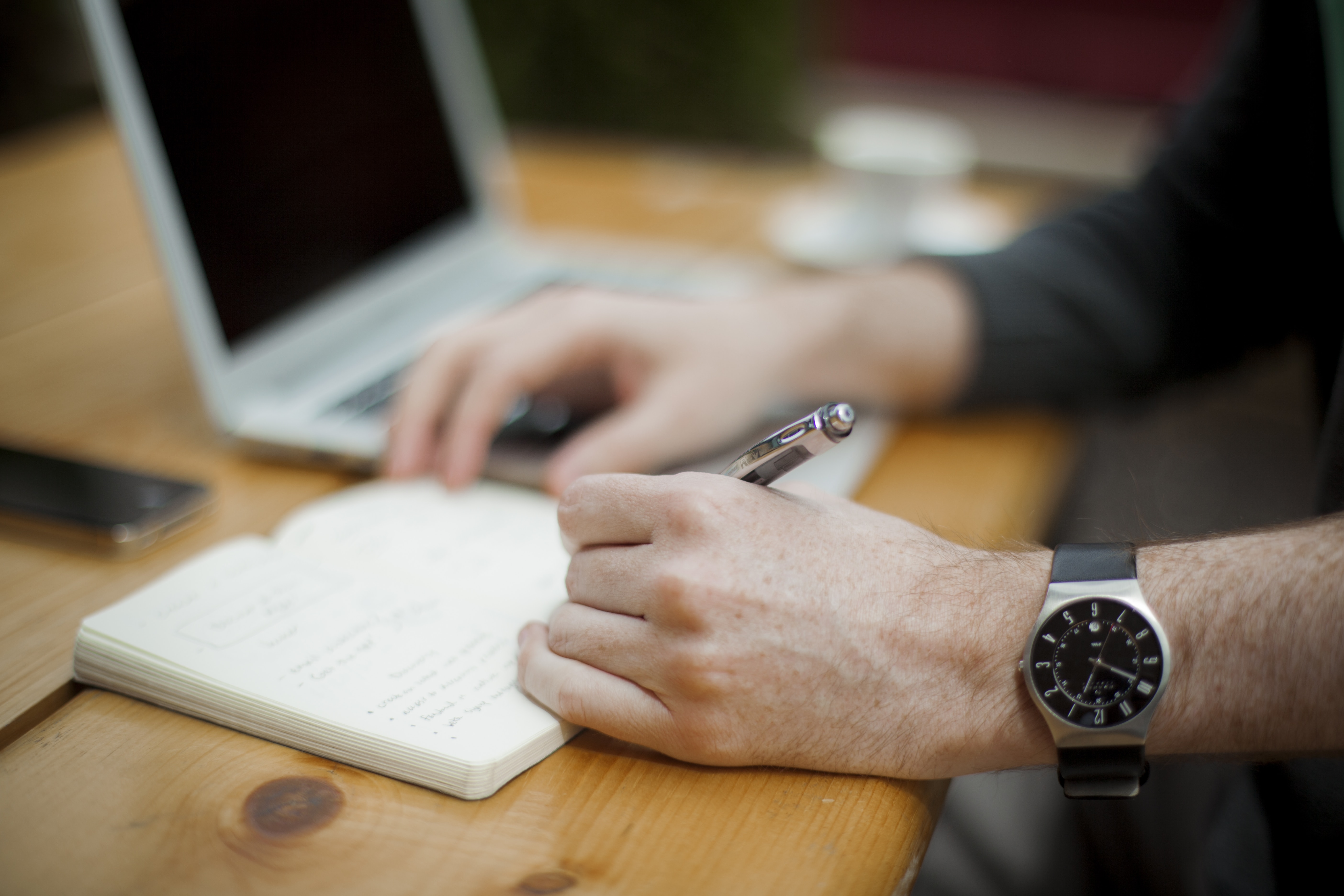 What basically prompts students to approach professional writing services? If you have never contacted a professional writing service and not aware of how it works, you should learn more about it especially if you’re a student. The professional writing services firstly understand not only the subject at hand, but also about the various specific needs of the client. After understanding and discussing about it in details, the expert writers approach the students with a rough draft of the paper. If the client likes what’s been framed, they can give a green signal and the expert writer will create the final piece. In case, the client is not satisfied with the written material they can easily request for changes, or specify some additional details.

Opting for a reliable service is all that you need to do. Don’t fall trap to the various hoax services, and always check customer feedback before hiring any essay writing service.